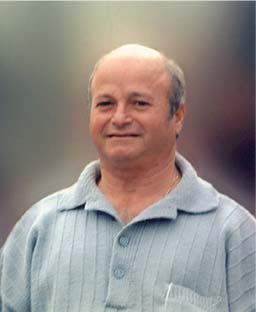 The writing of these books compels me to begin by citing the biographical data of my presence here on Earth, as a means of making myself known. I, Ioannis G. Tsatsaris, was born in 1934 in a mountain village called Daphnoula near Olympia in the prefecture of Ileia, in Peloponnesos, Greece, to parents who were not well off.

The Second World War and the ideological dictates of those in power both inside and outside of Greece at the time, which were responsible for the ensuing civil war, prevented my access to State-organized education beyond the middle school level. In particular, when I was seized as part of the child snatching and relocation policies of a certain ideological movement, calling themselves “the saviors of the people”, I was no longer able in any way to continue my studies. Because, even though I escaped only a few hours after being seized, I was forced, through a special set of circumstances, to take refuge in Corinth, where I had to work in order to make a living, as there was no one to support me, and there was not any kind of State-organized night school at that time.

Since these things occurred and prevented me from acquiring a formal education, I was left with the education provided for me at regular intervals by the Heavenly Positions…

What remained immutably intact in me was my ability to maintain direct contact, through a special form of prayer, with the Luminous Holy Positions of the Creator, for which the desire had been formed in me at a very early age. My sensibility did not tell me to reveal what I saw and heard to anyone at that time, but only to keep it inside me as something very beautiful giving me inner joy…

Nevertheless, the written works of many people kept drawing my interest and I took care to keep up with them. I considered very beneficial to study various books of so-called “knowledgeable experts”. During the course of my efforts to earn a living, I eventually found myself in Athens, as destiny would have it.

Many years later, I happened to attend a lecture with a number of people referred to as “men of letters” and “men of intellect”. Also in attendance was a well-known Greek philosophy professor from the University of Munich. I asked him two questions and his response was to invite me to speak to the audience, which I did.

From that moment on, people began to seek me out, not only in Athens but also, later, in other cities abroad. It seems that the Laws of Creation do not allow certain abilities to stay hidden… By revealing many special facets of man’s organic bio-psychological functioning, I healed many people.

All this has led me to begin writing books:

Because these cookies are strictly necessary to deliver the website, refusing them will have impact how our site functions. You always can block or delete cookies by changing your browser settings and force blocking all cookies on this website. But this will always prompt you to accept/refuse cookies when revisiting our site.